My First Months in Germany

You want to go abroad and plan to do your Master's or MBA in Germany, e.g. with us at the International Graduate Center? Then it is helpful to know a few things before your stay that will make your first months in your new home country easier. There are some peculiarities and (not always meant seriously) German idiosyncrasies. 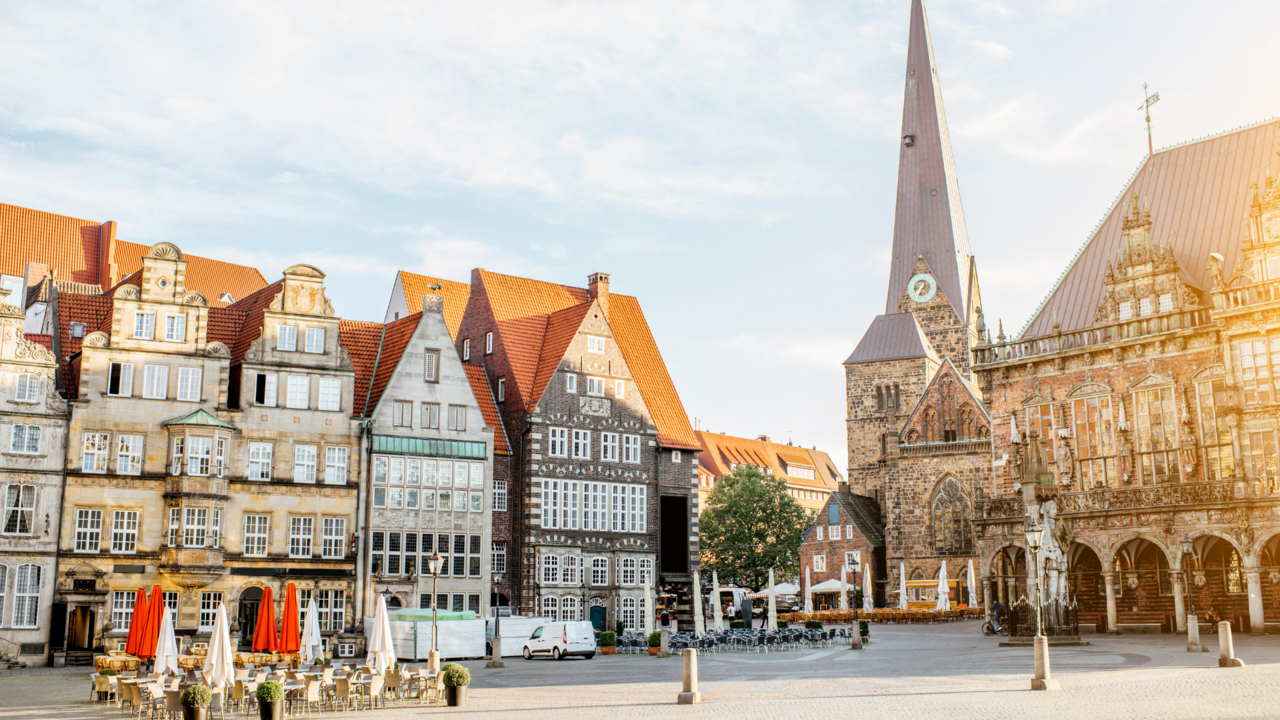 Sundays in Germany are special compared to many other countries – namely especially quiet, because the stores (with small exceptions such as kiosks and gas stations) are closed. So if you want to use Sunday for your weekly shopping at the supermarket, you'll be faced with a closed door. But you don't have to go hungry, because restaurants, snack bars and delivery services are still open.

In the restaurant: tip

You've had a delicious meal in a restaurant and want to pay: In Germany, it is customary to tip 15-20% for good service. The tip is not included in the bill amount, so it must be charged extra.

The love of cash

Germans pay cash wherever possible – in line with the motto "Only cash is real". This applies to purchases at the supermarket, in the clothing store or when eating out at a restaurant. Due to the increase in online purchases and because of the pandemic, contactless payment by bank card, smartphone or smartwatch is slowly on the rise – after all, it's not as if there aren't plenty of attractive alternatives. Compared to many other countries, however, Germans are still very attached to their cash.

Shopping in the supermarket

Shopping in a German supermarket is a high-speed race to improve your athletic and coordination skills. The supreme discipline: discount grocery stores. After the warm-up during a leisurely stroll through the aisles, it's time for the final sprint at the checkout: the cashiers pull item after item over the scanner - 30, 40, 50 items per minute. The cash register beeps rhythmically, and you grab at it for all it's worth. You grab yogurt packets, chip bags, cans of peas into your backpack, bag or shopping cart, and then quickly leave the supermarket. If you're not fast enough, something will fall or you'll be punished by the annoyed looks of the customers waiting impatiently behind you. Challenge accepted?

In Germany, there is a deposit system for empty disposable beverage bottles and cans. If you buy a Coke in a plastic bottle at the supermarket, for example, you pay 25 cents more and get this amount back when you return the empty bottle to the store or to a deposit machine. After returning the bottle, you will receive a small receipt. When you present the receipt at the cash register, you will be refunded the deposit amount. So it's worth collecting empties and returning them the next time you go to the supermarket. All bottles and cans subject to a deposit are marked with a corresponding deposit symbol. The deposit system is intended to reduce the burden on the environment, as the bottles and cans can be better recycled or cleaned for reuse separately from other waste.

In addition, there are also reusable bottles (made of glass, sometimes also plastic), which are usually also recognizable as reusable bottles by an appropriate label. A deposit is also always charged on returnable bottles – usually it is 8 or 15 cents. The exception is some juice and wine bottles, on which a deposit of 25 cents is charged.

Punctuality – (almost) to the second

"Five minutes ahead of time is the German's punctuality," says the popular saying. Not all Germans achieve this perfection, but they do make an effort. Almost 85 percent of them claim that they take appointments very seriously and expect the same from others. However, some Germans are very strict about punctuality not only when it comes to appointments, but also at the end of the working day: bricklayers are said to put down their trowels to the second so as not to miss the end of the working day.

In Germany, waste separation starts right at your home; in fact, it's mandatory. This means that every household has to sort its own garbage and throw it into different garbage cans and containers. A large part of the garbage in Germany is recycled and composted, which saves resources and protects the environment. When which garbage is collected can be found in the so-called "waste calendar" of your place of residence. Only certain waste may be thrown into each garbage can:

On the road on two wheels

If you're in Germany and don't have a car, bicycling is an excellent - and in good weather, very popular - alternative for short distances. By bike, you can often reach your destination faster than by bus or train, which usually don't take the shortest route. Whether in the city center or in front of train stations: There are plenty of bike racks to plug in – some are so big that you can hardly find your bike again because of all the bikes.

Get used to the rain

If you live in Germany, you'll have to get used to the rain. Precipitation falls mainly in the south and west of Germany, on average 126 and 132 rainy days a year, respectively. In the south it rains mainly during the summer months, in the west more during the winter. In the north, such as in Bremen, the rainy days are distributed more evenly over the year. The wettest month in Bremen is May. The investment in a raincoat and umbrella should therefore be worthwhile in any case. The good thing is that when the sun does shine, we enjoy it all the more!