You walk down the street and at various corners of the town you see groups of people with one or even more handcarts pulling them behind them. Everyone wears a small glass around their neck and they play funny games. You're probably laughing and wondering what these people are doing outside in the cold? It's Kohltour time – welcome to northern Germany! In this blog post, we'll tell you a little more about this tradition. 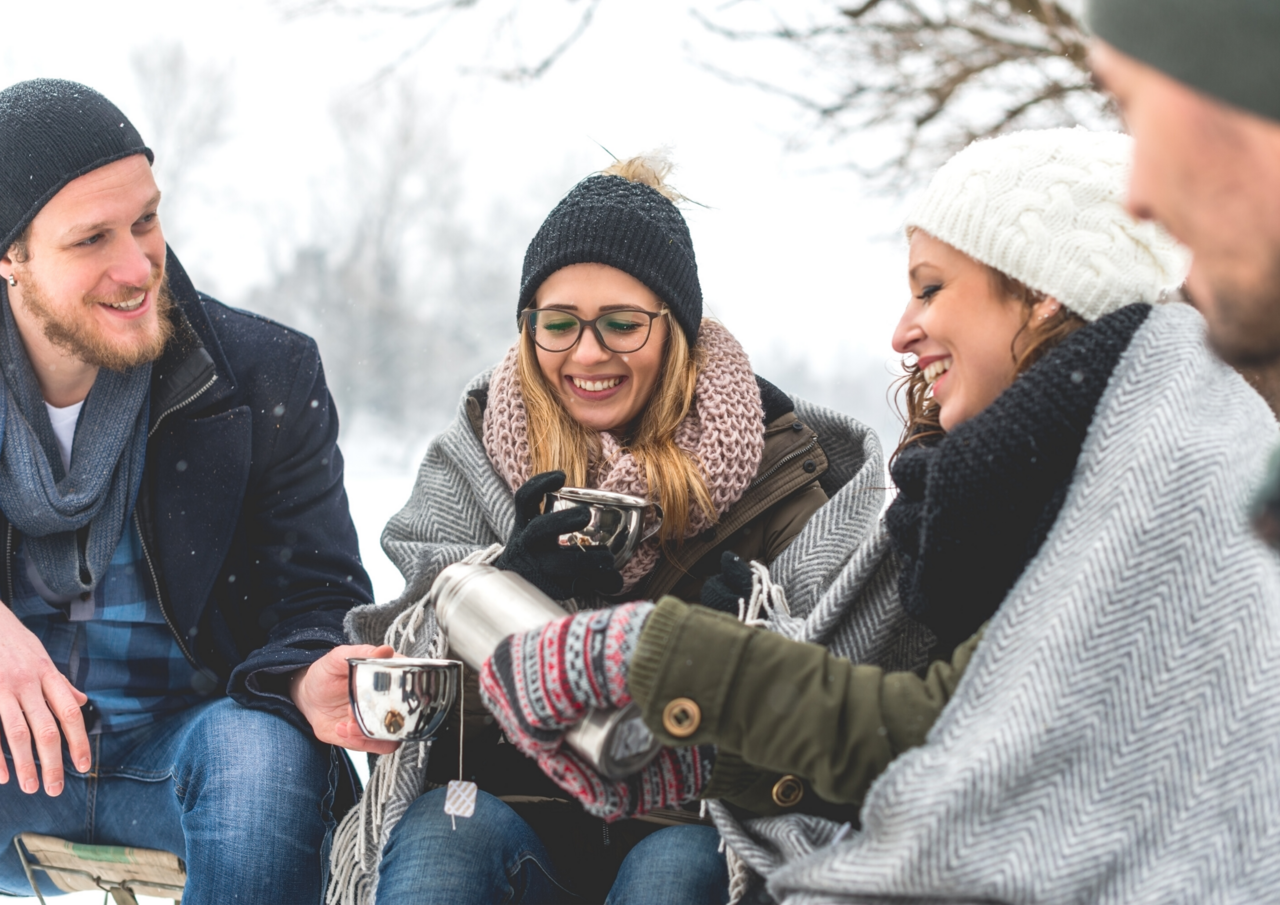 In January and February, many groups of friends, work colleagues and families in Northern Germany get together for what is called a Kohltour (also known as a Kohlfahrt; because of the traditional food kale). Generally, these are larger groups – which can be between four and 100 people. The tour is based on a walk of several hours through the wintry cold to a restaurant, where the famous kale is then ceremoniously eaten at the end, traditionally with Kassler and Pinkel. Always along for the ride is music and good cheer!

To ensure that everyone gets through the kilometer-long walk in a good condition, all kinds of drinks and food are transported in the handcarts, which are used to take a break in between for refreshment. There are no official rules of the game, each group sets its own rules and games during the tour. Usually, at the beginning, the group is divided into two teams, which compete against each other in several games as the tour progresses. Some groups decide to stop at every intersection to drink a shot or play a game, while other groups prefer to stop after every kilometer. Depending on the ingenuity of the organizers, there are all kinds of games: From tea bag or rubber boot tossing to balloon kicking (balloons are tied to the ankle of the players, who then try to kick the balloon; the players have to try to crush the balloons of the others without crushing their own balloon) to bockwurst swinging (a sausage is tied to a ribbon at belly button level so that it dangles freely; by moving the pelvis, the sausage is made to swing until it reaches the mouth; whoever can take a bite wins). After each game, the score is noted and at the end of the Kohltour, the team that has won the most games wins.

In some tours, the participants do not know what the route will be and in which restaurant they will eat (only the organizers know). But surprise or not, a Kohltour means a day with a lot of fun!

If you're going to participate in a Kohltour, keep in mind that you'll be outdoors for many hours. Maybe it will even rain or snow, it can be windy and very cold. Therefore, you should dress warmly and wear good shoes with warm socks.

After several hours of fun and games in the cold, when you arrive at the warm restaurant, a hearty meal will be waiting for you. If you don't like kale, you can simply ask ahead of time if you can get another dish instead. So not liking kale is no reason not to join a Kohltour. There is often schnitzel and fries as an alternative.

At the end of the evening, the king and queen of the Kohltour are elected. The new majesties are now "obliged" to organize the Kohltour next year. Who knows, maybe even you will become the next kale king or queen? ;-)